Ensuring visibility from every viewing angle is covered.

For applications requiring a larger user experience, wide viewing cone technologies can open viewing angles to as much as 89 degrees from center without color or contrast shifts. Such displays are often stated to have symmetrical wide viewing cones.

Display viewing cones, or viewing areas, are typically described as the maximum angle from center for which an image is said to be viewable at an acceptable contrast ratio. Stated in degrees, displays with standard viewing cone specifications typically have 45-70 degree viewing angles in the left, right, up and down directions from center. Viewing such displays at angles greater than these specifications often result in image inversion, color changes and/or darkening of the image. 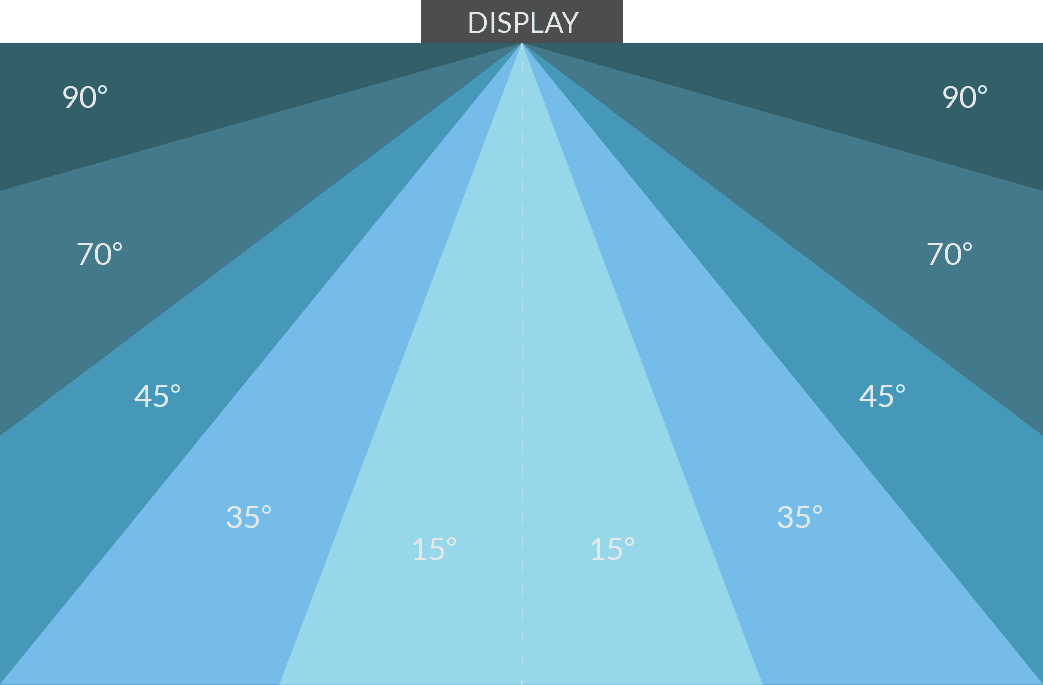 Our E3 team has expertise in every type of display technology, whether big or small. We will help you choose or design the display that best fits your needs, while always keeping quality and budget in mind. Here at E3 Displays, we specialize in custom displays use our product selection guide today to get started on your project today!

With in-plane switching (IPS) mode, the liquid crystal molecules rotate in parallel with the panel. This means that the variation depending on the viewing angle is limited to showing any changes in visuals. Therefore, IPS LCD provides limited changes in brightness and color irrespective of the viewing angle to produce high image quality.

Display Angle Up to 89 Degrees

Not everyone that views your display is going to view it from a perfect dead on angle. E3 can help enhance your displays to please your customers and choose the best display solution for the surrounding environment in mind so your display has optimum impact.

Full Definition Up to 4K Resolution

Your display is an investment into the future of your business and should never be just satisfactory. E3 enhancements are nothing short of high quality and improves the visual performance of your display so you stand out from your competition.

There is never a one size fits all display. E3 works with you side by side to select and customize a display solution made for you and your goals so you can have highly efficient and cost effective tools.

E3 will enhance your displays so that they can withstand the toughest requirements. Allowing you to focus on what you do best, providing high quality customer service.

Option of Landscape or Portrait