The Secret To Longer Battery Life 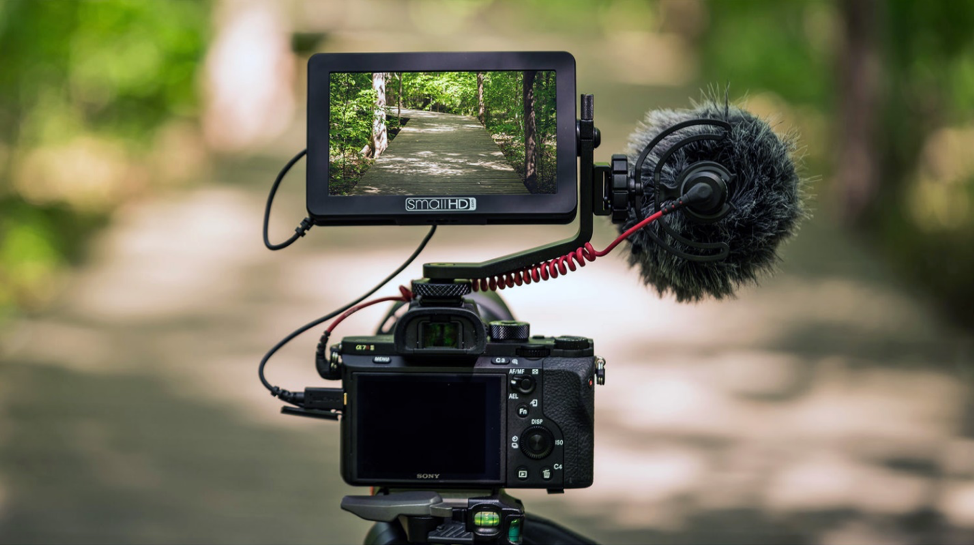 The need for smart homes, offices, or even streets has drawn us towards the Internet of Things (IoT). Applications with display technology are around more than ever. Today, consumer devices boast exceptionally bright and detailed displays, ranging from higher pixel density on the latest iPhones to 4K HDTVs and watches using OLED technology. This rich graphical experience, however, has come at a great cost in terms of power usage. Whether it’s a smartphone, tablet, or laptop, the display is typically the component that requires the most power.

Before, we had more devices used indoor environments, but now we need many of them for on-the-go use.

We now take our devices almost everywhere. The more we want to stay connected, the greater the need for power efficiency. Since we now have devices like fitness trackers, cyclometers, and smart monitoring systems that we need outside, we should consider how we can make them work more efficiently in their environment. That entails looking beyond the backlit LCD.  The increased demand for mobile devices is driving the need for Memory Displays or MLCD. It can be the secret to longer battery life; let’s find out “HOW.”

What are memory displays?

The backlight in an LCD wastes most of the light it produces and is typically the most power-draining component in a device. The good news is that there are low-cost and widely available Reflective LCD screens that use ambient light to illuminate the display. Also, these displays now include Memory-in-Pixel (MIP) technology, which allows screens to hold a static image indefinitely without drawing power.

The memory LCD has high pixel density and the low power display requires no back-lighting. They draw in the 100uA of current while idling so they are perfectly suitable for applications that always use batteries.

How do memory displays work?

Sharp and JDI have recently introduced a Reflective LCD with MIP aimed at the wearable/IoT market. MIP works similarly to eReader technology, which only requires electricity for graphics that change on the screen. Reflective LCDs with MIP provide this energy efficiency to full-color panels capable of displaying HD video. The fact that it is not an experimental or nascent technology is also significant to product engineers and device producers; it is LCD, which is simple to adopt and integrate. This means they’ll be able to work inside their supply chains to achieve significant efficiencies, allowing their products to do more and go further.

Reflective displays have been increasingly popular in recent years as a result of their energy efficiency, which is due in part to their ability to exploit ambient light sources. The most important is sunlight, which has a two-fold benefit. Reflective displays adopt the better approach of using sunlight to help illuminate the panel, resulting in significant efficiency and usability advantages.

Cyclists and runners understand the value of a device’s daytime readability. Medical and industrial devices are no exception. With a reflective display, any screen that needs to go where its user does would perform better and last longer in the sunshine.

Reflective displays have their advantages and they are not just about the long battery life, but viewability too. 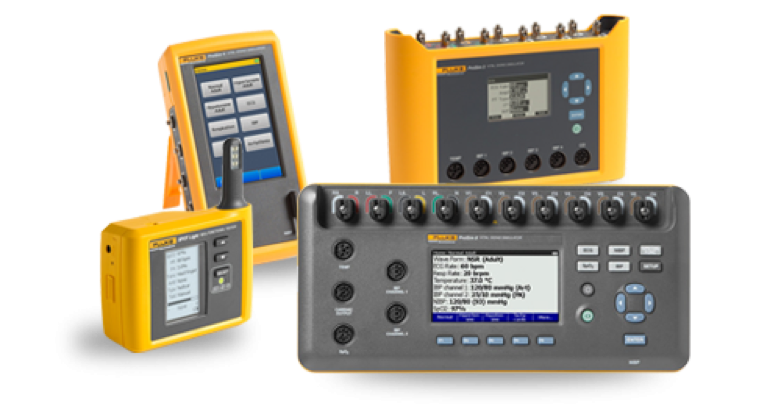 Engineers and product designers have long desired to move away from backlit displays, which consume roughly 80% of a device’s power, but there haven’t been many alternatives.

The extremely slender module is available with a lightweight two-glass design plus an integrated driver in the panel. The 3-wire SPI serial interface incorporates the Memory LCD into a simple design (SI, SCS, SCK).  The weight of the memory display makes it easier to embed in small screen applications too.

The Efficiency of the Memory display

Continuous grain silicon LCD memory with greater electron mobility than typical amorphous silicon enables a pixel engineer to integrate a bit of SRAM. However, it also allows the engineer to provide a relatively simple 3-wire SPI interface right out of the box instead of other low-power technologies that require more expensive components and upwards of 40 to support an interface.

This LCD uses a three-wire interface, notably the spy bus, which is essentially a chip select with a data clock. This is an interface that is quite common in the industry and has already been built in most embedded processors. This gives memory LCDs a significant benefit in that engineers do not require any external devices, resulting in lower power usage.

When we talk about embedded technology, the Memory LCD seems to be a perfect fit for it. As the sizes of the application, wearables, and other small-screen applications are getting smaller. This is where Ultra-Low Power Memory Display comes in handy. Embedded 1-bit memory in each pixel provides an always-on display that can deliver high-comparison, low-power content.

LCD memory technology is now the future because it offers high-contrast, high-resolution outdoor displays. The populous Pebble watch already uses them. These LCD modules incorporate 1-bit memory in each pixel to allow each pixel to maintain a state with a low power requirement. This provides a display mode always low in power (only one voltage is required), even when pictures are updated. This helps designers build long battery life products.

It also minimizes sweeping images or “clipping” because only the portion of the image that needs to be updated is changed. Right now, Memory LCD is strong competition for the Smartwatch industry. With Android Wear on the horizon, perhaps Smartphones might leverage Memory LCD to develop a smartphone with weeks of battery life instead of days or weeks.

The wide viewing angle of MLCD

Since the wearables or the devices are now used outdoor, we need to establish an understanding of the viewability of different temperatures or weather.

Sharp’s reflective Memory LCD technology uses ambient light as part of the display mechanics at the moment. This implies that the brighter the environment, the better the display appears, allowing you to offer sharp, high-resolution, high-contrast visuals to your outdoor wearable, portable, and other small-screened products.

Sharp’s Memory LCD leaves bi-stable technology stopped in its tracks when it comes to robust, low-temperature LCD performance for wearable, mobile, and other small-screened devices. Memory LCDs have 1-bit memory embedded in each pixel, allowing them to provide an “always-on” display capable of presenting high-contrast, high-resolution material while consuming very little power. 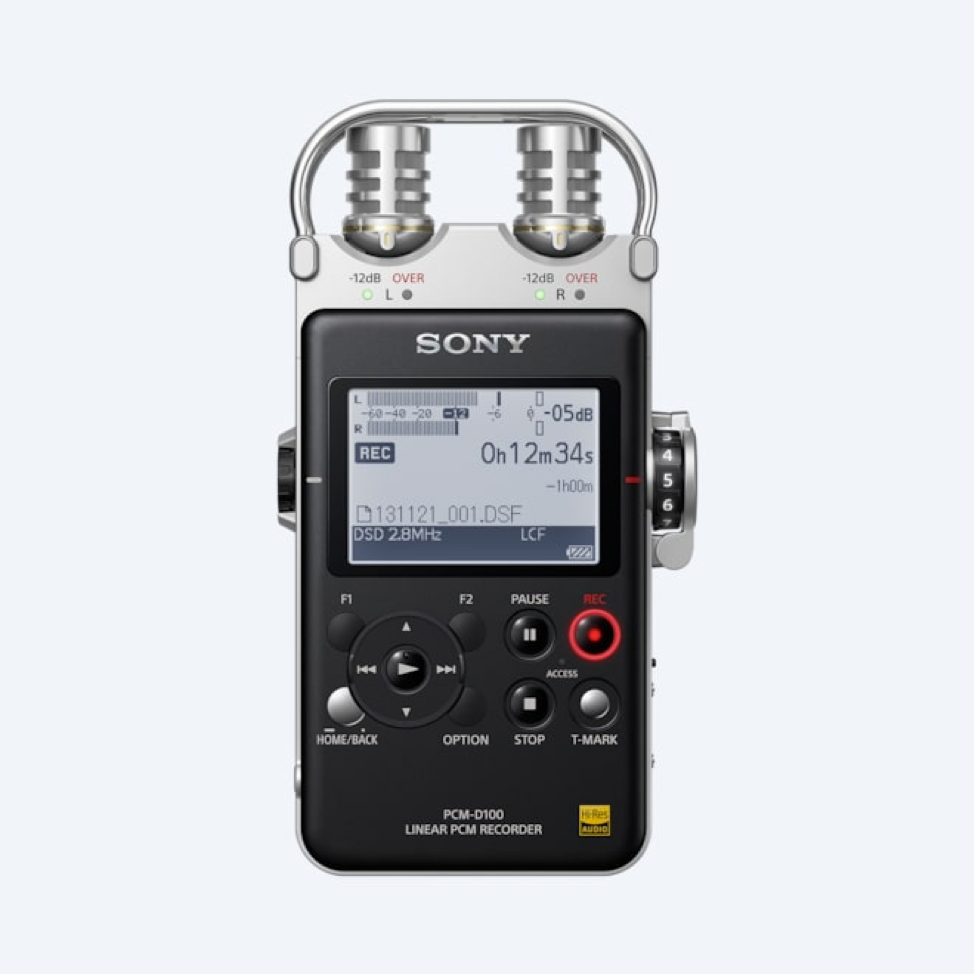 Optical bonding enhancing the readability – How it works?

Direct sunlight or high-bright applications can cause glare and reflection on TFT LCD monitors. There is an air gap between the TFT panel and the cover lens in practically all TFT LCDs. In high-brightness installations, having an air gap creates recurrent refraction between each component level of the display. Optical bonding reduces reflection inside these components, increasing contrast and making the screen more readable in bright outdoor or high-light environments without increasing the panel’s brightness.

When applied to equipment that runs outside or in brightly lit situations, the Optical Bonding technique is particularly well suited and much more successful.

When LCDs, including touchscreens, are made, the screen’s front glass is stacked onto the LCD module. This isn’t a problem in most viewing situations, but in other cases, such as outdoor placement, the small gap between the two layers can degrade viewing performance.

The light from the LCD reflects through the gap and then the screen’s outer glass to generate the display on a non-optically bonded monitor. When the light goes through the gap and glass of the screen, it is interrupted and bends, and some of it is reflected in the LCD module, which is known as refraction. This refraction across the layers reduces the brightness and readability of the final image by reducing its intensity and clarity. The disruptions and chances for light to be reflected are eliminated by connecting the LCD module and glass. Because more light reaches the screen’s surface, the image seems brighter.  Increased brightness and readability requires less use of the battery power for the back light.

So, you address pixels individually with a randomly accessible stored bit per pixel cell structure, refreshing only those pixels that need to be altered and so minimizing power consumption. These displays are ideal candidates for battery-powered applications such as wearable medical devices, wearable sports gear, Internet-of-Things (IoT) products, and other portable applications due to their exceptionally low-power LCD cell structure design. The most common applications we encounter now includes:

These are daily applications we are using and yes, MLCD is the way to have longer battery life for them.

So, with the enhancements in the IoT devices that are now increasing day by day, having an MLCD to provide a long battery life is also a must. It is not only lightweight but also possesses the ability to work in different environments and weather conditions. OLED advancements along with MIP technology is a hope for the engineers to work on making these smaller screen applications more useful for people. 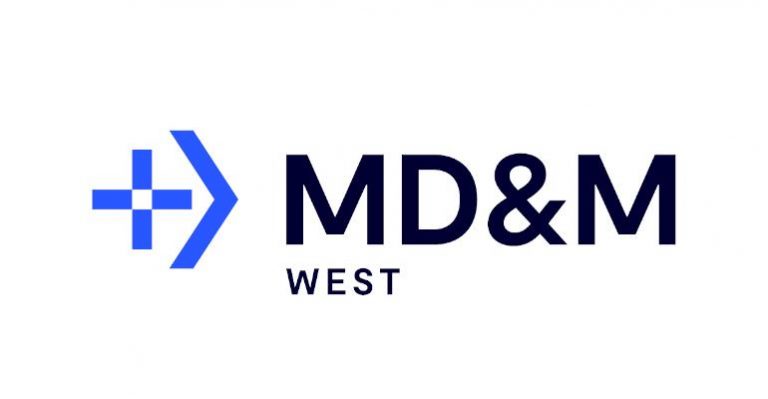 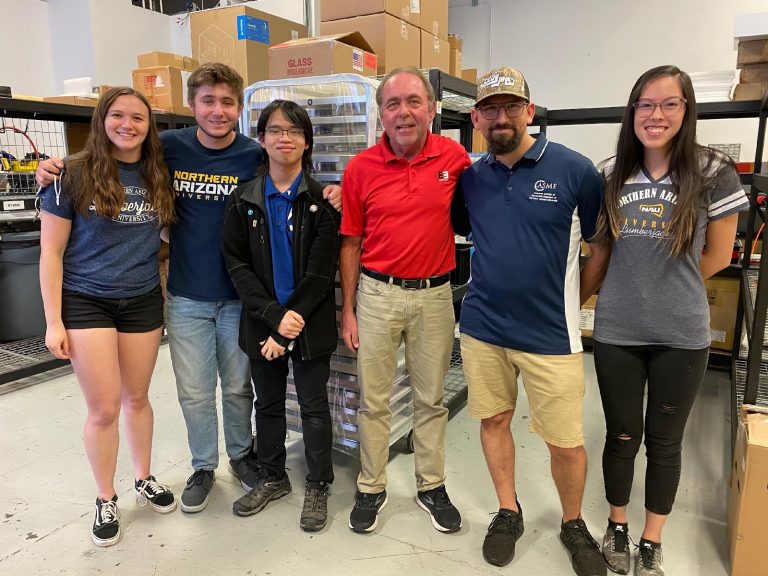 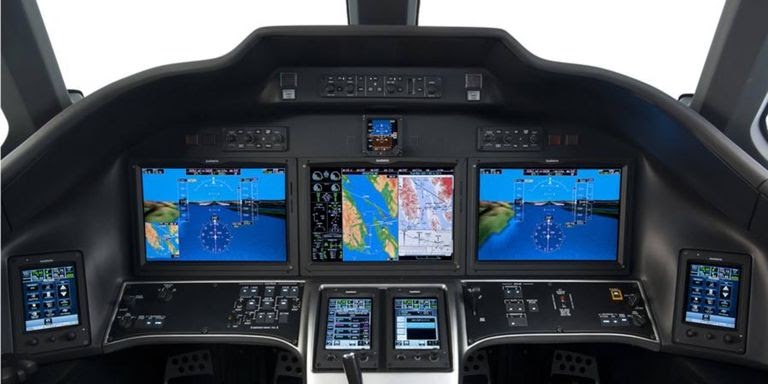 How Electronic Displays Are Making For A Smoother Flight 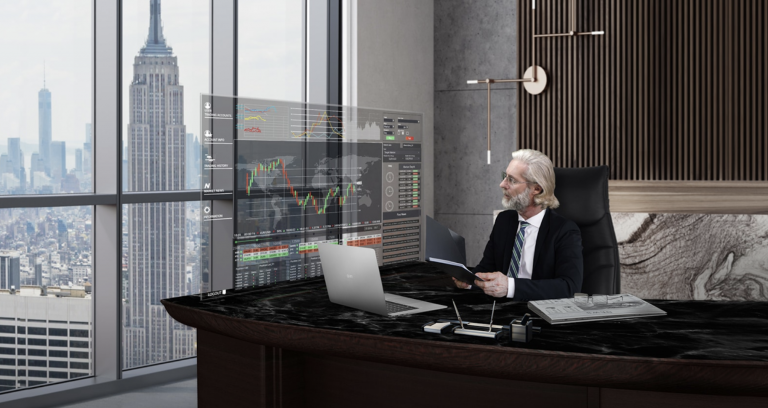 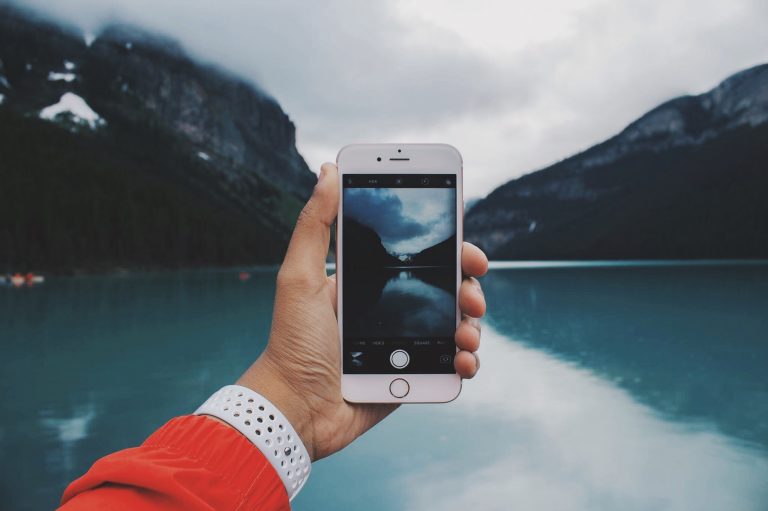 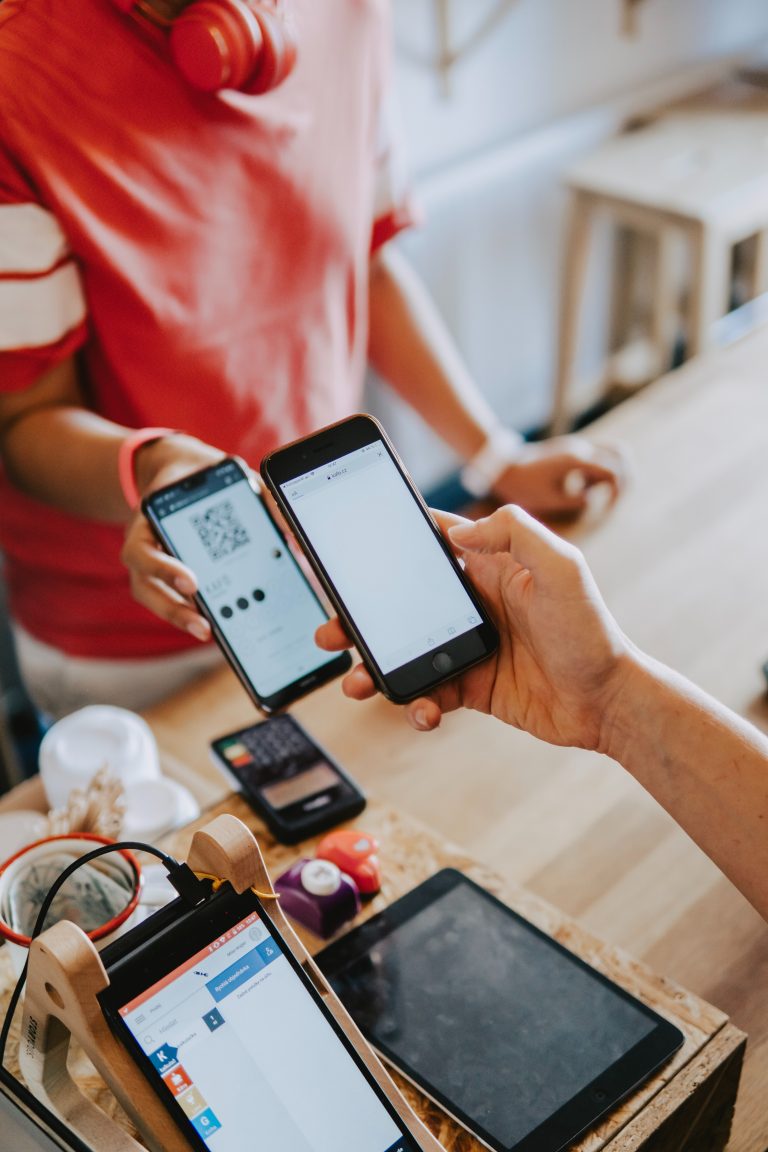